With its mild woody, exotic flavor and delicate, delightful aroma, cinnamon sticks are arguably one of the most popular spices used in cuisines around the world.

Caribbean cinnamon sticks with its mild woody, exotic flavor and delicate, delightful aroma, cinnamon sticks are arguably one of the most popular spices used in cuisines around the world. While this spice is obtained in abundance in the South-East Asian region, it cannot compare to the high quality of the cinnamon sticks that are obtained from Grenada. Once you’ve tasted the organic, authentic cinnamon sticks from this amazing spice island, there’s no going back!

What makes Caribbean cinnamon sticks so special? The cinnamon sticks from the Caribbean are the real deal. They are harvested from the inner bark of the mature cinnamon tree and are light in color and soft in texture. They are also sweeter, have a more delicate flavor and are higher in quality than cassia, which is often mistaken for cinnamon. There is absolutely no comparison between the two!

The spice can be used whole or ground and is to flavor a wide range of cuisines and concoctions from beverages and baked foods to jellies, jams, pickles and puddings. It is also the key ingredient in several popular dishes and cocktails in different parts of the world. Can you imagine biting into a cinnamon roll or sipping on a refreshing Caribbean Rum Punch without cinnamon?

Why settle for second best when you can get the best? The best quality Caribbean cinnamon sticks are now available online from Shop D’Caribbean. Order yours today!

Describe the benefits of your newsletter

Let customers speak for us

I will always shop here. Every order has shipped in a timely manner, products have been packaged well and the quality has been great.

fast shipping and good product, however instead of sending me 10 pounds, i was short 1.3 pounds. 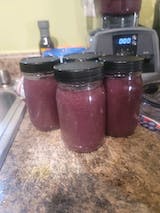 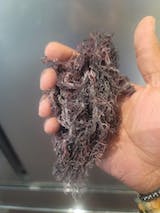